Laura Koss Sheikh, Brooks’ Positive Behavioral Interventions and Supports (PBIS) coordinator (not to mention amazing music teacher!) will discuss the school’s PBIS program. We will also talk about the results of our recent “how are we doing” survey and share some exciting new events we are planning.

In addition, all members will be asked to vote on the minutes from our September meeting as well as the Financial Report. Links to all files are provided below:

Please join us for Mr. Powell’s last meeting as our principal. It will be held virtually over Zoom and all are welcome. You may wish to review the minutes from last month’s meeting and the latest budget report in advance.

The Book Character Parade will take place on Friday, October 31 at Maury Elementary. Our parade’s goal is to promote the excitement of reading and a fun activity to celebrate the day.

Maury students and staff are encouraged to dress up as a character from their favorite book and will participate in a parade through the school and outside on the playground. Students should bring the book that inspired their character to hold during the parade. The afternoon parade will begin at 1:45 p.m. Parents are invited to watch the parade on the playground.

Students will bring their costumes and their book to school on Thursday, October 31.

Students and families are encouraged to not spend money on costumes, but rather be imaginative in their creativity. Use what is available at home.

No weapons or sharp objects are allowed.

No scary makeup or frightening masks are allowed.

Any student not complying with the guidelines will not be allowed to participate in the parade.

Students should be able to put their costumes on over their uniforms. Each grade will have an opportunity to change into their costumes before the parade.

Students are highly encouraged to have a copy of the book (or a picture) to carry in the parade.

Students may carry props that can be identified with their character.

There will be a designated parade route that the classes will follow. The parade will begin with kindergarten classes and end with fifth grade.  Parents are highly encouraged to park in the Maury neighborhood, but NOT in front of the school or playground. After the parade, parents are asked to wait outside for their children while they return to their classrooms in order to follow regular dismissal procedures.

Catherine Doyle, author of the chapter book The Storm Keeper’s Island, will be flying over from England, and our lucky 3rd, 4th and 5th Graders will get to meet with her on 1/22! To order a personalized/signed copy of her book for your child, just download and print this form. Note: orders must be in by 1/17 and we’ll be unable to take late orders.

The following companies have generously contributed to the Maury PTA this year. We thank them so much for their support! 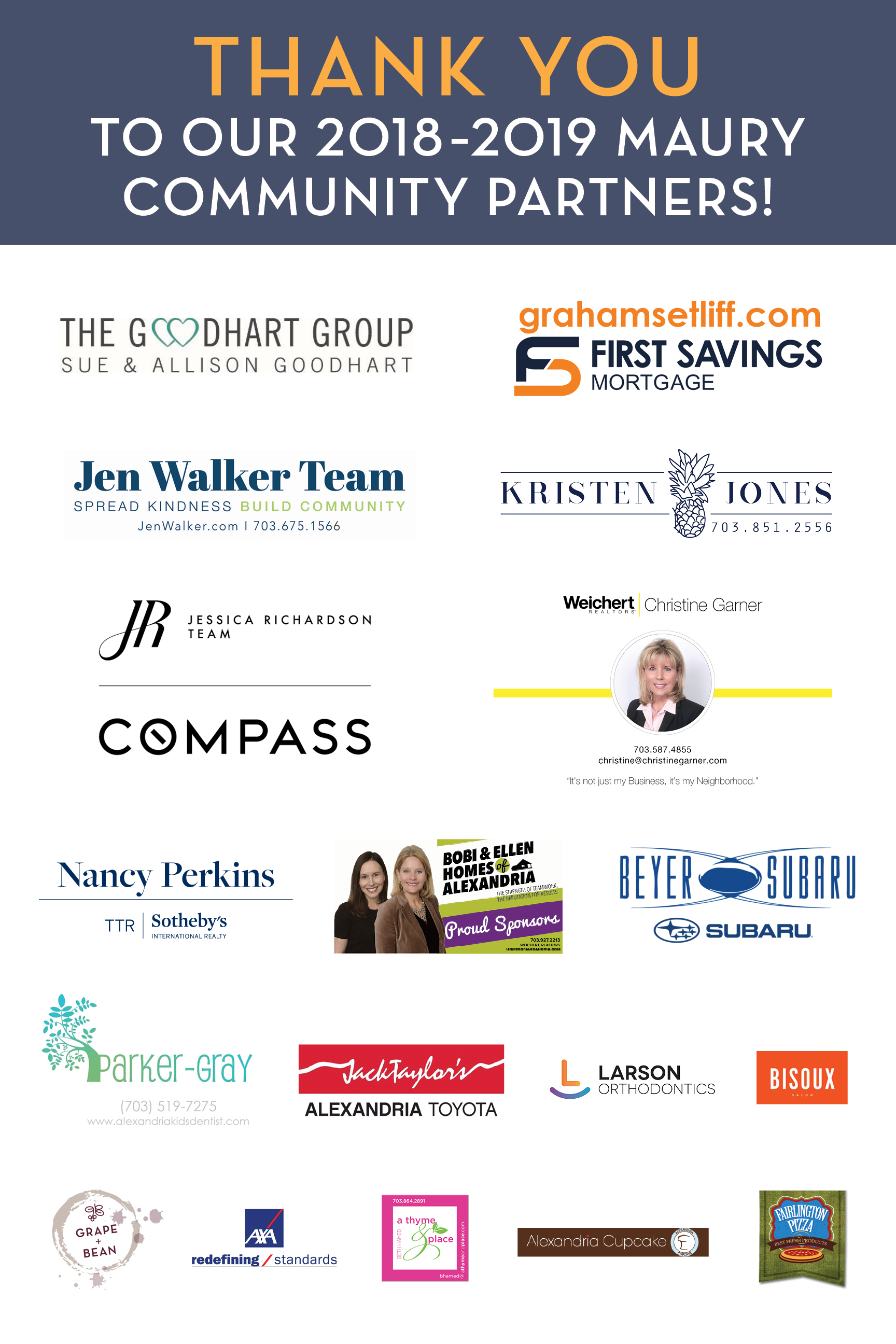 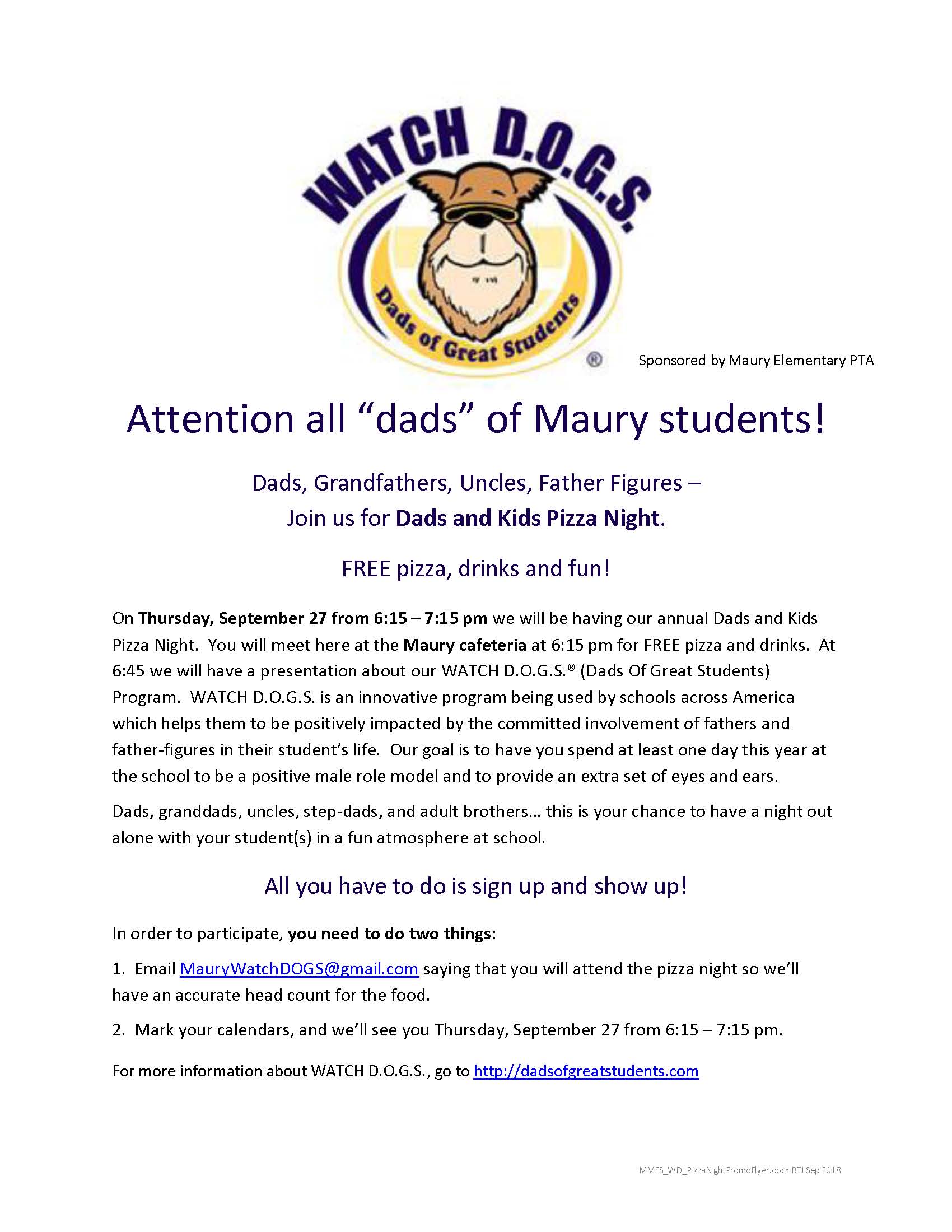 For a PDF of this flyer with hyperlinks click here! 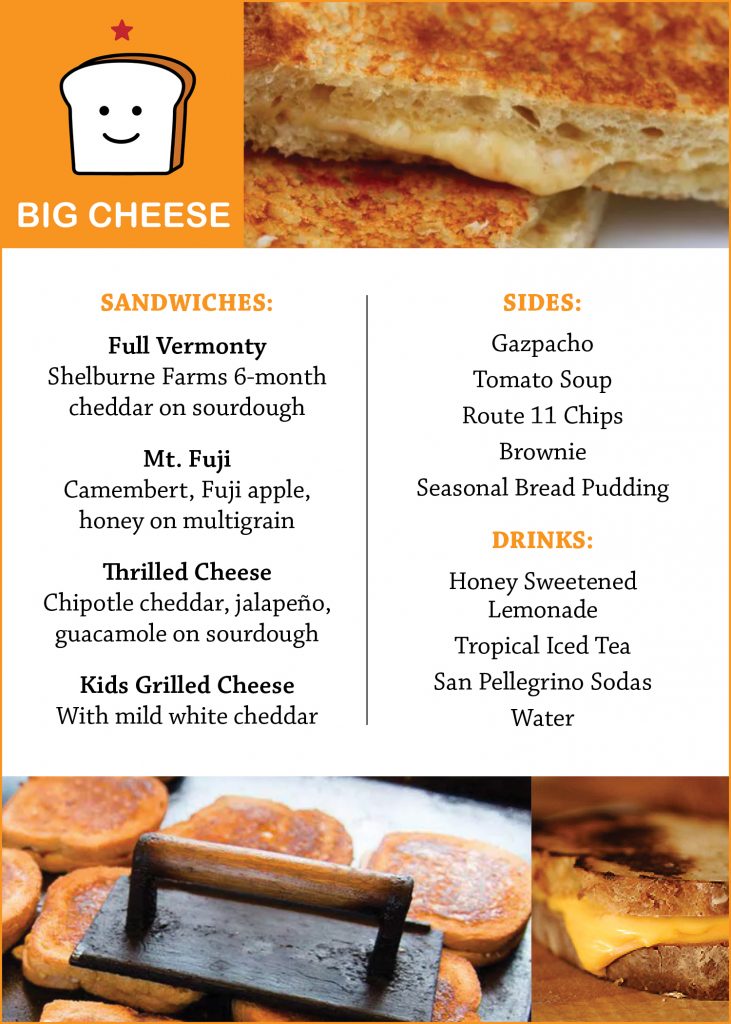 Bring the whole family to the Maury playground to connect with old friends and meet our new Mariners, from 5-7pm on Friday, 9/21! You can purchase dinner from The Big Cheese or bring your own, plus we’ll have free popsicles and a DJ playing fun music. Don’t forget a blanket!